How to Create WOW Customer Service… not Customer Nightmares! 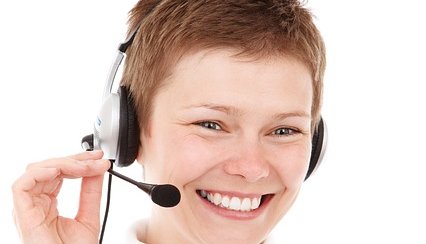 With all the customer service knowledge, advice, articles, blog posts and other tools out there available for us to use, you’d think customer service would be improving as a general rule. There are “pockets” of exceptional customer service, with some companies doing an incredible job much of the time, as well as others that have moments of brilliance in this area. But overall, I don’t know about you, I think something is going dramatically wrong with service in many companies.

It may be that technology is changing at such a fast pace that companies can’t keep up; it may be that employees are disengaged and just don’t care; it may be a failure of leadership to connect and inspire their teams to reach higher…

Or it may be that we’re not paying attention to the little nuances that can make or break a customer experience… and the solutions don’t have to be complicated!

Being a former systems analyst, I put on my “Analysis Hat” to discern the large issues and small nuances behind this trend. Here’s what I see in my work with clients and in my own personal experience (all true stories) – and the issues fall into four main categories:

The proper policies are in place, but sales and customer service representatives either don’t know about them, or don’t know them well enough to use and/or communicate them properly to customers.

Take the example of the cashier at a golf pro shop who couldn’t ring up a customer purchase because the login system had been changed the night before, but no one had told him that his password had changed. When he arrived (very early) the next morning, he couldn’t do his job – and no one was around to help him until later in the morning when others started to arrive at the golf club.

Or the example of the cell phone sales rep at a very large retail store who told me that the cell phone plan I was considering covered the entire U.S. without roaming charges. But when I asked for a map of the covered areas, it only showed the southern part of the East Coast as being covered. Despite my concerns, he still insisted that HE was right and the map was wrong! When I still didn’t believe him, he shouted across the store to his supervisor (in an effort to prove he was right and to embarrass me for questioning him), “This (plan) covers the entire U.S. right?” To which his supervisor replied, “No, it doesn’t! It only covers the Southeast U.S.”

How about the example of the home improvement store salesman who told me I could get 1 year of free interest on both my kitchen countertops and kitchen flooring, when the flyer clearly indicated that one department was offering 1 year interest-free, but the other was only offering 6 months interest-free? When I questioned this, he said, “Look, I’ve been here for a long time and I know what I’m talking about. Trust me!” (Boy, have I come to dread those words!) I still didn’t trust his verbal word, so I asked him to put it in writing, which he did… he even signed it! I happily checked out my purchases, all under the 1-year interest-free plan. Two weeks later, I got a call from the company. They told me that a mistake had been made and I wasn’t entitled to 1 year interest-free on everything; it only applied to part of my purchase. When I told him that the salesperson told me everything was covered, he repeated another phrase I’ve heard all too often:“You must have misunderstood! He would never have said that.” Really? When I told him I had it in writing, there was dead silence for a moment. Then he asked if I’d bring it in, which I did. To the store’s immense credit, they honored the 1-year of free interest on my entire purchase. But if I hadn’t gotten it in writing, I would have been out of luck.

Take the example of the office supply company whose website had a problem in the middle of my order. I called to resolve the issue and the representative told me that my office supply portion of the order had gone through but the technology-related portion had not. I re-ordered the VERY EXPENSIVE technology items I wanted, only to be double-charged on my credit card for those items; I also received two of each! When I called back to find out what had happened, I was told that their systems couldn’t handle both parts of the order on the same screen, and that the first rep hadn’t checked the technology screen to verify my full order (or didn’t know he had to check another screen); hence, he thought the items weren’t there and had me re-order them. Thankfully, my credit card had enough credit on it to handle the purchases, but I then had to waste another hour getting it resolved. The final “kick in the teeth” was that until I returned the duplicate items (paying for the returns myself) and they had logged them into their warehouse, I wouldn’t get a credit back to my credit card… a process which took about three weeks, tying up a lot of my credit unnecessarily and costing me time and money in the process.

When associates are part-time, summer help, or other non-full time sales employees in very large organizations, there is often a mentality that “they will not be here long, so don’t invest a lot of time in their training.” The problem is that, even if they are there only for a short time, they can do a lot of damage to your reputation, customer experience, and current/repeat/referral sales. Their lack of knowledge comes off as indifference, incompetence… or worse, even dishonesty. And who gets the bad rap? Not the part-time employee who will soon be gone! It’s the company whose reputation (as well as their top and bottom lines) suffer.

One big part of the problem is that these part-time workers are often not “in the loop” on company communications – either their e-mail addresses are left off the distribution lists or they don’t check their e-mail often (because they’re not there all the time). Hence, when leaders rely on e-mail as the sole communication vehicle, important messages get missed and the employee cannot perform their job properly. This is what happened in the example above of the cashier at the golf pro shop: he was a part-time worker who had left work the day before without realizing he had to check his e-mail every day, and thus missed the fact that the system had changed overnight (of course, this wouldn’t have solved the problem of discovering his new password, but that’s another – training – issue).

Also, when leaders do not have high expectations of their workers, the workers themselves lower their performance. Not only does it set the wrong example from the top, but workers feel that if leaders don’t care enough to expect the best from their people, why should their people give 100%? Further, if leaders are behaving this way with their teams, how are they behaving in their own positions? They’re probably not giving 100% in their own jobs, either – because anyone with a high work ethic demonstrates that work ethic in every situation… not just in select ones.

Take the example of the telephone customer service representative who, when I made a suggestion to improve one of their processes, said, “Well, I can tell them, but they won’t do anything about it – they never do!” WOW – talk about low expectations! This company had apparently ignored suggestions often enough that workers stopped even trying to help!

A LITTLE BIT OF ARROGANCE

In the above stories, I see a trend in which store employees get a little bit arrogant and unduly upset at being “questioned” about their knowledge. Let’s face it, we all make mistakes. Isn’t it better to double-check and return confidently to confirm what you claim than to create a potential customer service nightmare by alienating a customer standing in front of you at the time… or even worse, having them purchase the wrong thing, only to find out later that it doesn’t meet their needs? Or wasn’t as advertised?

For example, in a restaurant that offered a salad I liked but that had a few elements I didn’t want, I asked the server if I could substitute something. She said, “I don’t think so.” when I asked her to double-check, she ROLLED HER EYES and in a very annoyed tone shouted my question (what is it with the shouting lately??) to the cooks – who promptly replied, “Yes, that’s no problem!”

The upshot is that if we truly wish to serve people, and improve the customer experience, we must: